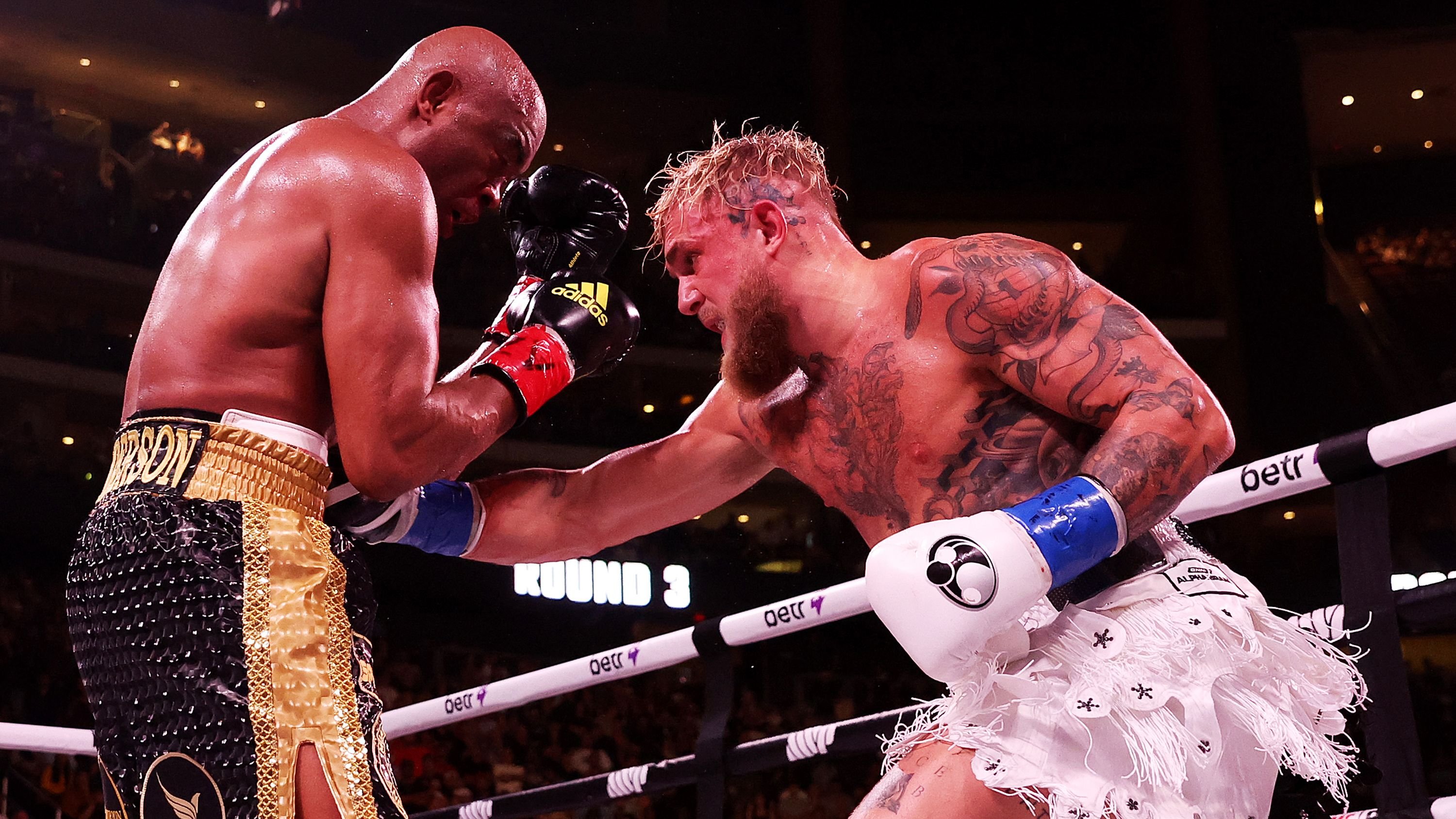 Jake Paul turned his focus towards boxing from making YouTube videos and has been climbing the ladder with excellent victories. As of now, Jake Paul holds marvelous victories over Anderson Silva, Ben Askren, and Tyron Woodley.

Speaking of his victory over Anderson Silva, this was a much-awaited match for UFC fans considering they were divided over who would walk away as the victor.

Silva and Paul locked horns at Desert Diamond Area on October 29th, 2022. The YouTuber-turned-fighter secured the victory over the former UFC middleweight champion by 77-74, 78-73, and 78-73.

While Anderson Silva had the advantage of having more experience and focused on throwing several combinations, most landed on Paul’s gloves. On the other hand, Paul overcame Silva with his power.

According to statistics, Jake Paul landed 83 punches out of 336 and Anderson Silva landed 79 out of 251.

Even Anderson Silva agreed that Jake Paul was better than him during their bout, and had no negative remarks or comments about him.

What’s Next For Jake Paul And Anderson Silva?

During the news conference prior to the fight, Paul and Silva placed a bet.

The condition was that if Paul won, Silva would help Jake Paul in creating an association for MMA Fighters that would assist them to receive better pay and healthcare. On the other hand, if Silva won, they would have a rematch in kickboxing.

Since Jake Paul secured the victory, it seems like a partnership between them is underway.

Even though he’s working on uplifting the industry, Paul’s head is always in the game.

Right after his victory, he issued a challenge to Nate Diaz, who was present at the fight.

Diaz and Paul’s team had already engaged in an argument before the match and both parties threw drinks at one another. It seems like that got under Paul’s skin and he’s ready to settle it with jabs and punches.

Jake Paul’s ultimate goal is to become the boxing world champion. He has no plans of stopping any time soon and will move mountains to achieve his goals.

He has been focused on challenging legends in the game and bagging victories. In fact, right after Silva, he not only challenged Nate Diaz but also Canelo Alvarez.